All You Want to Know About Florian David Fitz

Florian David Fitz is not only a German actor but also a director and a screenwriter. He was named Florian Ingo Ulrich Fitz at birth, which was on November 20, 1974. This German celebrity was born in Munich, Germany, and is 45 years old now. Not only is he a film actress but also has made some impactful contributions as a television artist. He had started his career as an actor in both movies and the television industry in the year 2000. Hence, this year marks twenty years of Florian David Fitz on the film industry.

Quick Table of Contents hide table
Here is a list of the best films that have featured Florian David Fitz in the lead or supporting roles:
Florian David Fitz has also played remarkable characters on television. Some of his work is as follows:

Here is a list of the best films that have featured Florian David Fitz in the lead or supporting roles:

Jesus liebt mich (Jesus Loves You): Not only did this star act in this movie, but he was also the director and screenwriter for this film. This film centers around the pre-apocalyptic world, where Jesus comes to earth to see whether people have gotten better than they were during his time on earth. While here, he falls in love with a beautiful girl Marie who had previously left her fiance.

The Most Beautiful Day: This movie revolves around the main characters Andi and Benno, who have been diagnosed with terminal diseases. When all hope seems lost, all they wish to do is spend the best day of their life on earth and embark on a brilliant adventure.

100 Things: This story has Toni and Paul as the main characters. They make this brilliant plan to give up on all their belongings for 100 days. In this, they would be able to get one item back on each day until the advent of the hundredth day. Though this challenge may seem out of this world, the biggest thing that they realize during this terrific time is that the only thing that they simply cannot live their life without is their friendship. This story is enlightening in that; it shows the balance of contemporary materialistic life and that of the things that are truly important in life.

Vincent Wants To Sea: This is another enigmatic representation of the life of a person with an illness. In this movie, a young man who is suffering from Tourette’s syndrome leaves the institution where they were admitted with two other inhabitants and set off on a trip to Italy. This trip also symbolizes fulfilling the last wishes of his mother and finding the best in life even amidst darkness. This is a truly moving movie that will open your eyes to the beauty of human nature.

Das perfekte Geheimni: This film is a perfect combination of drama, romance, and comedy. This film takes on the story of seven friends, of whom three are women and the rest men who meet for dinner. To make this dinner even more interesting, it will be planned that all the friends will have to keep their cell phones on the table, and whenever a message or a phone call comes, everyone will have full access to the contents of the message or the phone call. Although this starts as a great idea, it leads to heaps of misunderstanding and chaos.

Welcome to Germany:This movie begins with the story of a wealthy Munich family who open their doors to a refugee and offers him boarding. This person is Diallo from Nigeria, and he soon makes great friendships with all of the members of the family and becomes equity to the rest of the family members. However, problems begin to creep into the lives of the family members when they face suspicions from others and are treated with undertones of racism because of Diallo.

Tour de Force: This is a German film that was released in the year 2014. This film received use admiration and was screened as one of the movies in the Contemporary World Cinema section in the 2014 Toronto International Film Festival. In fact, for this film, Florian David Fitz had received the best actor award in the Jupiter Award 2015. This is one of the most remarkable movies made by this brilliant German actor and is definitely a worthy watch.

Men in the City: This movie was released in the year 2009 and belonged to the comedy genre. This film revolves around five men who attend the same gym but don’t have much in common. The only factor that is common in these men is that they have failed in relationships with the opposite sex. This man not only fails to understand what it means to be a man but also do not know what other women expect from them. Based on this, the entire storyline progresses comically and entertainingly.

Florian David Fitz has also played remarkable characters on television. Some of his work is as follows:

Doctor’s Diary: This series ran from the year 2008 to 2011 and had three seasons. Florian David Fitz played the role of one of the main characters, who was a doctor. This is mostly a German Austrian medical drama that focuses on the main character Margarete “Gretchen“ Haase, who wants to become one of the most successful doctors. Florian David Fitz’s role in this television series has grabbed the attention of many critics and film lovers all over the world, and he does a fantastic job representing the character of Dr. Marc Olivier Meier.

Schulmädchen: The title of this film translates to School Girls and is somewhat a parody of the high school dramas that are so prevalent in the media all around us.

Florian David Fitz has made his enigmatic presence felt in the movie industry not only in movies but also in the television business. It is truly a great pleasure to watch him on the screen and enjoy his great work unfold. 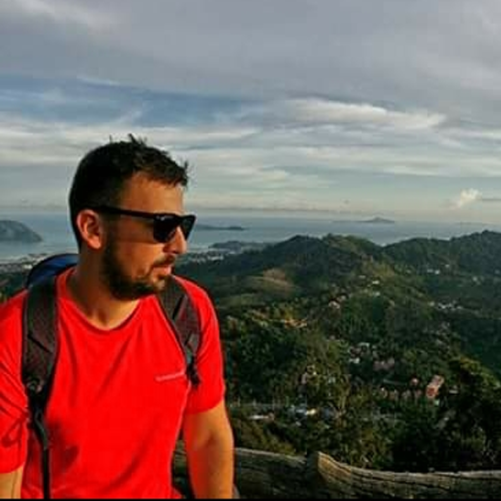 Biography34Actors23Actress9Models7Singers5
Next articleMichael Maccarone – Another name of Perfection
Actors